The basic hack is of course to unlock Konoko's combat moves so they can be used in every level.

Main compatibility problem will be with the RAW addresses.

However, OniUnPacker should enable everyone to unlock Konoko's combos with a single click some time soon...

A few combos here and there, mostly scripted

When you perform a standing jump-flip, Konoko freezes in mid-air (à la Trinity in the first Matrix movie). The camera rotates around her, faster and faster, then she does a Super Kick, then gameplay resumes.

So Konoko's original looks in Oni are not good enough for you? Here ya go. 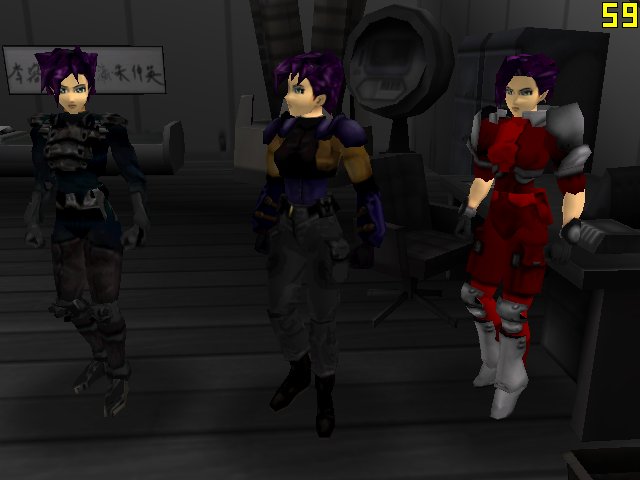 Since Furies are spawned with a random skin, we don't want one of them to spawn with Konoko's face and hair...

However, there are levels where whole Fury classes are present, but not spawned : Airport, and Dream Lab.

Later... maybe even with a script or two.

Patch the file Red1_E_tx.TRMA in level13_Final.dat with one of the following TRMA files, depending on the file IDs of the involved TXMP in your version of Oni.

The only original level where Konoko's TCTF outfit and Black Ops textures are present simultaneously is CHAPTER 11 . DREAM DIVER.

Patch the file konoko002_high_texture_generic.TRMA in level13_Final.dat with one of the following TRMA files, depending on the file IDs of the involved TXMP in your version of Oni.

It has been pointed out that Konoko may have had reasons to "dress in black" when going after Shinatama.

In order to get that appearance

In level10_Final, you have the choice : 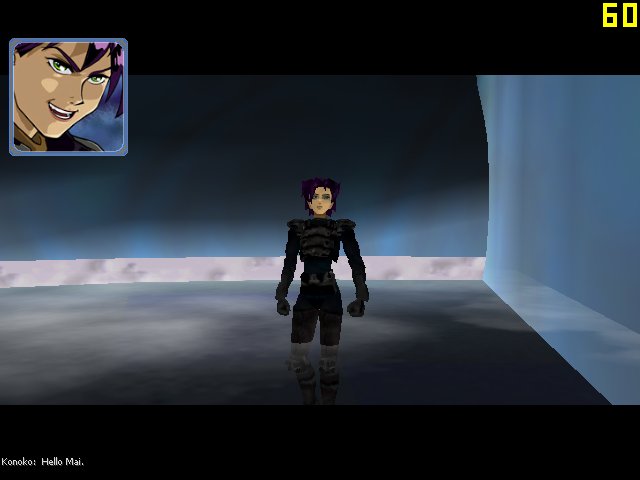 It has been pointed out that it would make sense for Evil Konoko to wear a TCTF outfit, rather than the same suit as Rogue Konoko.

On PC, you can do that with the "chr_set_class" command. No can do for Mac, sorry.

Use this file as a replacement of the original IGMD\dream_lab_logic.bsl.

Just compare with the original to see what I changed. ("room2_copy", not "room2", is the right name for the trigger volume)

Black Ops Evil Konoko
In addition to the above script, patch the TRMA "Black Ops Konoko" TRMA
Again, for Mac, no can do (except edit Character.BINA, but that's another story)