From OniGalore
(Redirected from OBD:OUP)
Jump to navigation Jump to search

OniUnPacker (OUP), written by Alloc, provides a file manager GUI allowing one to explore, view and edit (in binary) all data within Oni's .dat/.raw files. It is able to import and export all data while allowing one to preview some of them. Additionally, OUP is able to determine dependencies among Oni's data and can perform conversion between level-database and .dat/.raw/.sep files.

If you want to use the "Binary .dat-Editor"-tool you should also get all files from here. Read the section "Structure Definitions" a few lines below ;)

Since v0.29a OUP supports so called "Structure Definition Files". These files are simple text files which add easy to view and edit masks in the "Binary .dat-Editor"-tool for each supported filetype. To use those files just get the .txt-files from here and put them in a subdirectory called "StructDefs" where the OniUnPacker.exe resides.

I would never have started the OUP-project if he had not created this great website with info about all filetypes in .dat-files and the structure of .dats in general. And he's always answering me new questions and requesting new stuff for OUP or reporting bugs ... BIG THANK YOU =)

Well, he is probably the second most important reason why I started OUP. And he is always begging me for weird new stuff too ... And finding out what the BodyAnimationPart of TRAMs are telling us was a really great job ... Hope you will *not* stop working with me on that project and the other projects you are involved in.

Even if he was not involved in OUPs developing progress directly (besides the SNDD to WAV decoder, thanks for that too) he was the only german one I could regularly talk to directly. Had many nice chats with you, thanks man.

Yeah, good thing you were not around OCF earlier. I do not think that would have had any work for myself otherwise ;) But on the other side you also do a really great job so it would not have been too bad if you had found us earlier. And thanks for the discussions about Oni and its binary stuff.

I am really grateful that they never found out what I am spending my time on instead of spending it on my schoolwork. Otherwise OUP would not be what it is today ;) 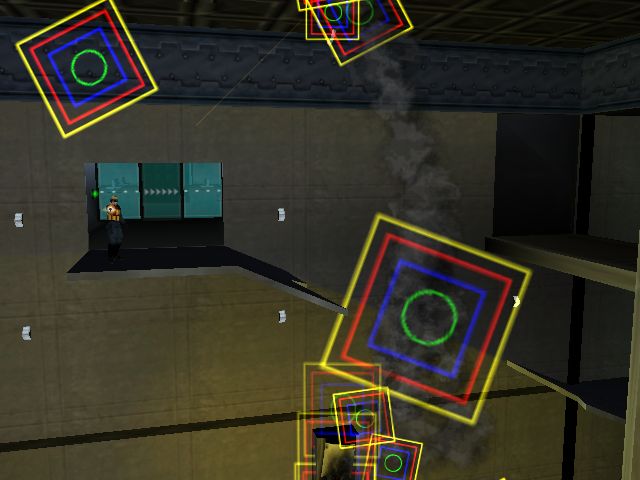