New levels are typically idle content - stuff that we're aware of, but not actively working on - because the task is too complex, or not compelling enough. Mostly there are ideas floating around, but to actually make a fully working level (complete with meta-data) is not exactly fun. 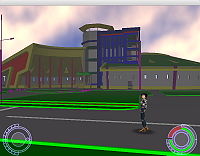 There was also THIS (https://render.ru/ru/gallery/artwork/43896) - very fitting for the headquarters of WCG, but since Andrei didn't keep it, this is just an idea that we'd need to model from scratch.

Arguably, SketchUp has become a tool of choice for many architects and designers, when it comes to sketching quick ideas, and somehow many of those drafts would look quite at home in Oni. HERE is a tentative collection of such stuff (it's not limited to levels, though; there are characters, weapons, furniture, etc).

A special mention for Alamo (author of "hexagon factory") and R. Anthony author of "Martian Colony (Red City)". Neither of these will be simple to put into Oni (because Oni's pathfinding works better with world-axis-aligned rooms), but both have great potential.

There are some assets on Turbosquid as well, but they're a bit more random, and most of the good-looking ones are far from free. Apart from Andrei's exhibition building, there isn't much that comes to mind.

UPDATE: The DAZ shop is no longer selling Dystopia or PsiCity items, therefore those can no longer be bought/downloaded officially. The text below is legacy, and the links below have been changed to point to some descriptions of what the content used to look like when it was available.

Daz3D content is mostly ugly, but there are two lines of products that could be relevant to us at some point, namely:

It is not clear if Daz3D's terms of use allow us to adapt that stuff into game content -- but at the very least it can be a source of inspiration.

There are other resources other than the ones listed above, with assets that are more or less expensive or ugly. Nothing specific comes to mind right now. Many Halo rips out there, that's for sure.

Apart from the Google 3D Warehouse collection, there are a few models that - like Andrei's WCG - are lost, but would be very interesting to re-model. They include:

The only Oni level resuscitated so far is THIS, in THESE TWO flavors (no pathfinding yet, and the lighting needs improving).

Update. As of 15:55, 7 November 2010 (UTC), THIS flavor has fairly functional pathfinding, although not quite finished. The included Oni.exe is a BSP-check fix that hasn't been committed to Daodan yet (as of 15:55, 7 November 2010 (UTC)).
Update. As of 14:00, 8 November 2010 (UTC), THIS flavor has invisiwalls around the bottom of the stairs. Pathfinding grids may still need to be tweaked in a few ways, but the most critical flaw right now is the small height of the BNVs. It will be increased in the next release.
Update. As of 22:41, 9 November 2010 (UTC), THIS flavor has essentially flawless pathfinding. No known issues apart from the modded ninjas, whose pelvis may exit the BNVs while they're dodging, resulting in an invalid waypoint for the AI. Lightmapping next, and maybe some other nicicles as well ^_^
Update. As of 13:22, 13 November 2010 (UTC), there is a coarsely lightmapped version of the latter flavor, HERE. There seems to be a lot of Z-fighting (unlike in the column test level HERE) and the reason for this problem is unclear (maybe the size of the quads and general complexity of the scene - probably a hardware-dependent issue). This issue can (and probably will) be resolved by a modified Motoko, which would render lightmaps as an actual shader and not as a hackish transparent overlay. It is not clear if the Z-fighting can be avoided by other means (reducing the resolution of the lightmaps, perhaps?).
Update. As of 19:09, 14 November 2010 (UTC), there is a minimal version of the arena (main hull only, no pathfinding). The purpose is to confirm whether hackish lightmaps can be made to work. There are 2 flavors, four-bit lightmaps and eight-bit lightmaps. The latter may not work for you, depending on how your engine handles type-7 textures (BGRA8888). Supposedly the Z-fighting (flickering) was eliminated (by fixing up vertex coordinates), so please report whether you see any.

As of 14:10, 8 November 2010 (UTC) we are still not ready to reauthor Oni's levels, by lack of a pipeline for interactive geometry elements such as doors and togglable visibility groups. It is possible to import simple level parts which do not involve doors (arenas, showcases, test environments and other featurettes). We will come up with a solution Soon(TM). In the meantime, the field is open for experimentation, roadmaps, opinion polls, whatever. 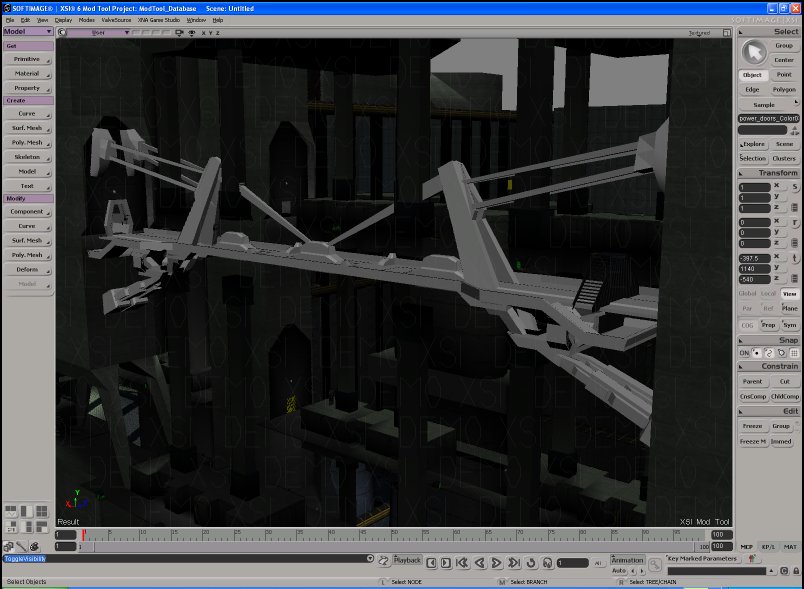 Ironically, this could be yet another Halo rip, but it's hard to tell.

If we're lucky, then this was merely inspired by Halo bridges.

Another problem is that the bridge is even more gigantic than the ACC level. As you can see, it has a ramp at either end that goes down 2 floors, and those floors are about half as tall as Oni's original flight of stairs (on the right). If the bridge is scaled up to match that, you get something like this... 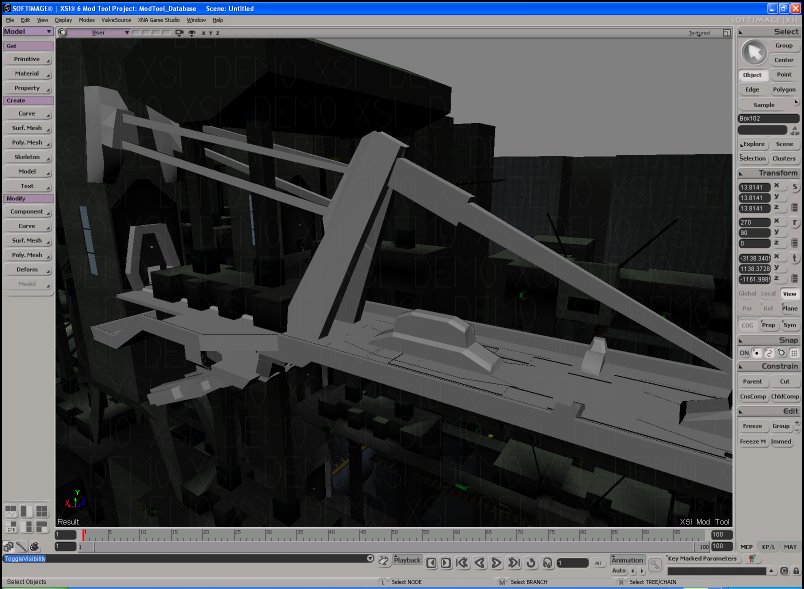 Then the bridge no longer fits between the original towers, and one has to toy some more with half-bridges, bridges with the midsection taken out, etc... maybe it's all for the better. Anyway, it looks megalomaniac in an Oni sort of way, which is comforting, and it's more architecturally sound than the original geometry.

A month ago we have gotten our hands on some stuff created by an architect from Russia (HERE is his portfolio). The item we are focusing on right now is THIS (the only item shared by the author on Turbosquid, and the one that got our attention in the first place). Of course it will take Forever(TM) before it is Oni-ready, but at least we are now at a stage where we have imported completely new level geometry and viewed it in OniBrowser (HERE; monochrome is just a temporary substitute for actual textures and vertex shading).

If you want to get a feel for architecture modeling (be warned, it requires patience and precision), you can have a look at some work-in-progress COLLADA files: