From OniGalore
(Redirected from Bungie)
Jump to navigation Jump to search 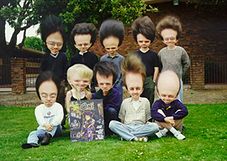 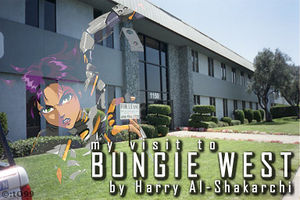 Bungie West refers to the West Coast studio that Bungie operated in San Jose, California from 1997 to 2001. Its first and last released game was Oni, which it developed for Windows and Mac, and which Rockstar ported to the PS2. Bungie West was founded as a satellite studio staffed only with developers, and so they were mostly self-sufficient when it came to the actual development work. The music, promo art, and general business functions were handled by the main Bungie staff in Chicago. You can see a tour of Bungie West back in its short-lived glory days in this tour video (180 MB) from 2000, guided by Dave Dunn, one of Oni's level architects.

Though the common understanding is that Bungie West started operations in 1997, the first mention of Bungie West goes back to March of 1996, in a Usenet post by Eric Klein, Jr. Klein had been hired away from Apple Computer by Bungie to run the new Bungie Publishing label, which licensed Bungie technology to other companies, and published other developers' games, such as Weekend Warrior and Abuse.

Reluctant to move to Chicago, Klein convinced Bungie to open an office on the West Coast. His Usenet post's signature gave the location "Bungie Software Products, West Coast Office, 1048 Bubb Road, Suite B, Cupertino, CA 95014", although there is no evidence that anyone else worked with him at this location; today, the address appears to be a residential neighborhood 10 minutes from Apple, which is also located in Cupertino. (Klein would leave Bungie in 1998.)

On April 22, 1997, Bungie filed as a business entity in California and began hiring new employees; at this time, the address for mailing résumés was "Bungie Software, 1150 S. Bascom Ave., Suite 27, San Jose, CA 95128". Thus it appears that the "real" Bungie West did in fact start in 1997, and only ever operated in San Jose. Since its first employees, Brent Pease and Michael Evans, were hired away from Apple like Klein was, it's not surprising that Bungie West's San Jose location is only several miles east of Cupertino. 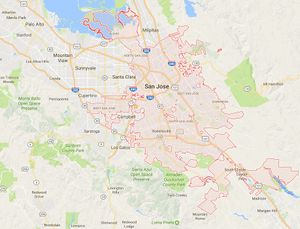 On June 19, 2000, it was announced that Bungie had been sold to Microsoft. As the majority of the work on Oni for Windows and Mac came to a close in the fall of 2000, some Bungie West personnel began moving to Bungie's new location, Microsoft's Millennium office complex in Redmond, Washington, while some employees went to other studios or formed their own. In 2005, Bungie moved out of the Redmond offices into a building in Kirkland, a suburb between Seattle and Redmond.

In 2007, Bungie separated from Microsoft and expanded their Kirkland office. Then in 2010 they moved to neighboring Bellevue, just south of Kirkland. Further growth in the studio led to opening a second office in Seattle in 2021. Very few of the men and women behind Oni still work at Bungie; the list of their names is found at the end of the Oni article.