Difference between revisions of "Music/CD" 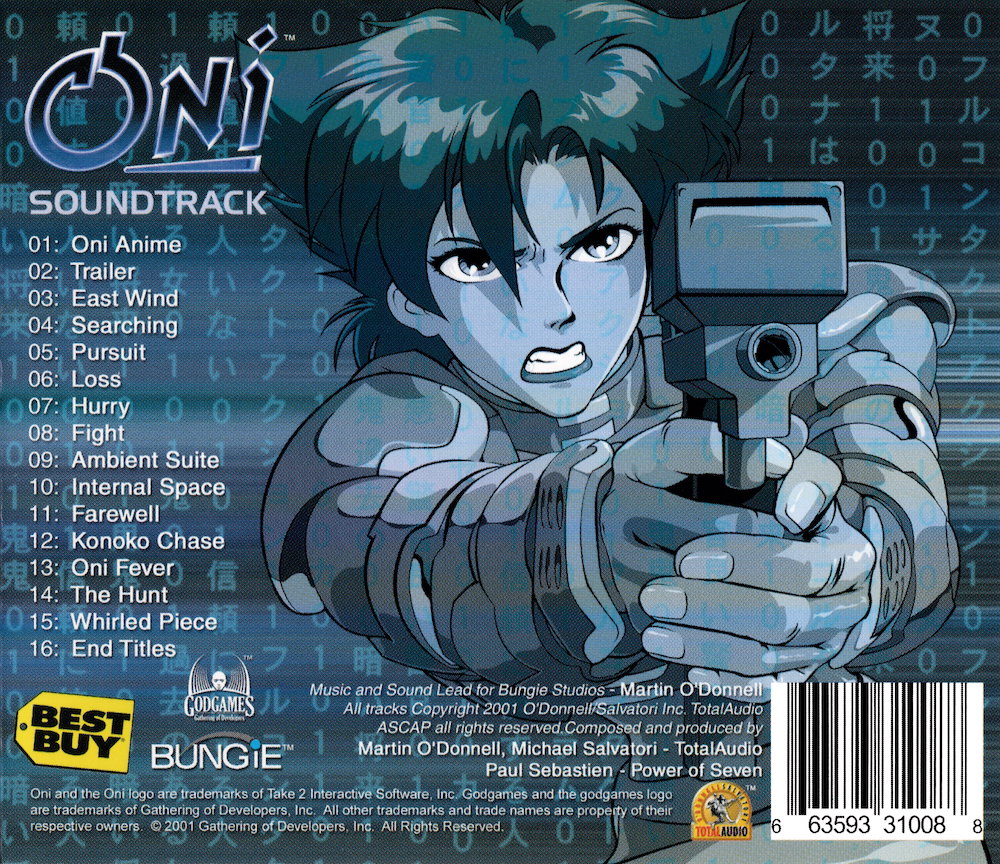 This is the soundtrack of the intro anime sequence.

The track was historically used for Oni's first trailer in 1998 (hence the name).

There are three pieces, played at random when you die or fail a mission (.MISSION:FAILED screens)

A medley of ambient themes used (or not) in Oni's levels. List of in-game ambients here.

The sad theme for Oni. Plays in:

AKA "Strikers!". Has been remixed.

The beat is played during the intro of CHAPTER 13 . PHOENIX RISING. Somewhat similar to Searching, but slower.

This track is also supposed to be played after you meet Kerr in CHAPTER 12 . SINS OF THE FATHER (you can go right to this point by loading SP3), but the music itself was not included in the level data, so instead you hear... nothing. This link was accidentally restored by the AE's "globalization", which made all music available from all levels. Turns out that the music was placed in the next level by mistake.

Bonuses not on CD

No One Left To Trust

Another Power of Seven track. Neither featured in Oni nor part of the promotion CD. Was available from Oni Central, but no longer.

A long mix of Konoko Chase. Neither featured in Oni nor part of the promotion CD. Was available from GameSpy before the site shut down.

A long mix of Oni Fever. Neither featured in Oni nor part of the promotion CD. Was available from GameSpy before the site shut down.

A long mix of Hurry, AKA Hurry Harder. Neither featured in Oni nor part of the promotion CD.

A linear combination of the Ambient Asian tracks extracted from in-game data.