I've been an Oni fan for a long time and ever since I first finished the game I hoped that one day I'll see new content brought into Oni. This dream became a reality when I found Oni Central Forum, I then picked up modding and I enjoyed making new characters so much that I started making a lot of character mods ever since.

I'm a pharmacist but computers and digital art have always been a passion of mine. I never had any experience modding any other game or using XSI before I started modding Oni. I've been actively modding since 2009.

I've also started an Oni Facebook group that I regularly update with news about new mods, screenshots and videos from the forum. It has about 300 members at the moment. Here's a link to the group Oni "The Action Game" You need a facebook account to see the posts.

For my Oni videos check My Oni YouTube Channel

My first mod was simple TRAC replacement of Halo Master Chief .. second one was Konoko violet fury, a simple TRBS and texture replacement, both with EdT's help .. The first unique and complete character I made was Shinatama Bot, followed by Casey.

You can use the AEInstaller to arrange mods by Creator and see all of the mods I've made or contributed to, the description usually includes a link to that mod's forum thread, and sometimes a youtube showcase video.

You can also click on some of the names of the characters mentioned below to open their wiki page for more information about them, and you'll also find a link to their corresponding mod page there.

Or SMP Mods for short, this is a series of mods that utilize the custom characters I've made or contributed to.

This mod basically incorporates the custom characters into the main game's story and levels, making it more deep and challenging. Some Examples:

A new level made in collaboration with EdT and s10k. Multiple rounds of increasing difficulty fighting the custom characters and some vanilla characters. Including : Casey, SkullTeam, Hayate, Hanako, Jesters, Rayman etc ...

This mod hides Rayman fist weapon in each of the levels, in hard to reach places. Using the riddles provided and some parkour skills player is supposed to find the hidden weapon in each level.

This project is a combination of efforts by Severed, Bozzman and myself. 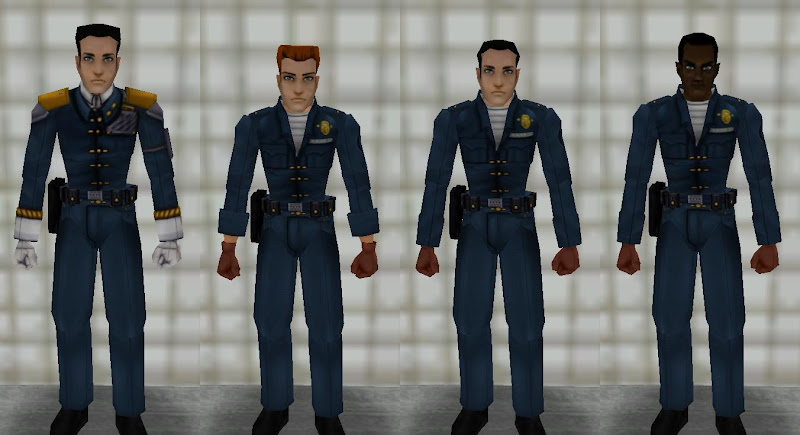 the blackops uniforms shown here are by Bozzman, and the male cops uniform is based on SeverED's Konoko cop outfit.

I took part in writing the Oni Joint Story along with Leus and Mukade, whose events take place after the game ends .. and in introducing new characters such as BGI female boss .. Samako as Leus named her, better known as Sarai now.

I'm currently working on writing this tutorial Making a Custom Character From Start to Finish. I will import it to the Wiki once it's completely done.